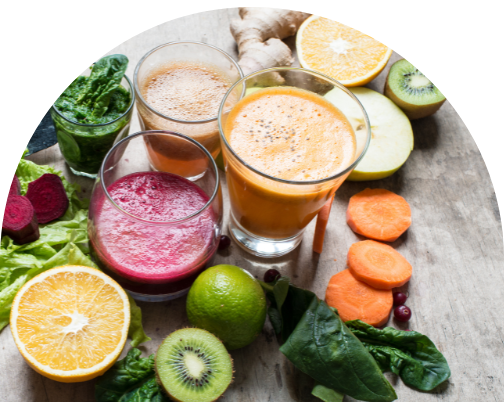 Breaking Barriers to Fertility with Detoxification

If you’ve been on a fertility journey for any length of time, you probably already know that detoxification and reducing your toxic load can greatly improve your chances of success.

We have found that this detoxification step is critical to overcoming barriers of conception, egg quality, sperm quality, hormone balance, and more. This is why it’s a key part of our methodology for helping clients get pregnant naturally in the Fertility Kickstart program.

When we first learned about the effects of toxins on fertility at the beginning of our own journey, it was mind blowing. The amazing thing is that there are quick, easy and inexpensive ways for you to drastically decrease your exposure to toxins.

Keep in mind though, this information can either empower you or overwhelm you.

It is always our intention that we provide you with the education and tools to be in the driver’s seat of your health and make lifelong changes that support your overall health, not just your fertility.

So what’s the big deal?

Toxin exposure can impact every area of our health – from weight gain to the disruption of sleep cycles, poor immune health, and all areas related to fertility.

Toxins are so present in our everyday lives that there have been several studies that have detected approximately 300 chemicals floating around in the bloodstream of newborn babies – 208 of them were known causes of birth defects or abnormal fetal development in animals. (Animal and human data have shown to have clear and consistent correlations in the scientific literature.)

Another study, done by Joe Pisano, revealed an increasing number of couples, especially in industrialized countries, having more difficulty conceiving and having more children with birth defects.

Women with the highest level of Polychlorinated Biphenyl (PCB) toxins have a 50% decrease in their ability to get pregnant and, if they do indeed become pregnant, are much more likely to miscarry.

Men are impacted as well, of course. Men with the highest consumption of pesticides have a 49% lower sperm count. This is true across the board and men ages 50-75 have a tremendously lower sperm count than they used to about 75 years ago.

Sperm count, as well as the function of the sperm, is extremely important in the path to healthy pregnancy. Exposure to pesticides is directly correlated to lower sperm counts in women undergoing IVF; those with the highest BPA levels are 211% more likely to have implantation failure.

So, if you are one of those couples who failed IVF, this could have been one of the reasons it didn’t work. There’s also a significant link between heavy metal toxicity and infertility that was revealed in a large US study involving 500 couples.

These are alarming statistics. And overall, the evidence is quite obvious that toxins in the world around us are directly negatively impacting our fertility.

We want to empower you to understand what is happening in your everyday life so you can improve fertility outcomes and help you have a super baby.

Where are these toxins?

If even newborn babies are impacted by toxins, it’s pretty clear that in our modern world, we are surrounded by toxins daily!

Sadly, toxins are in our drinking water, soil and leak into our food.

In our quest to make everything bigger, faster, and better in our modern society, we’ve allowed an increase in toxins that our ancestors didn’t have to worry about.

Much of our food supply has been penetrated by glyphosate, the chemical used in RoundUp. If you cook with nonstick cookware or a Teflon pan, you’re exposed to toxins everytime you cook. We love having stain resistant fabrics in our homes because they last longer, but of course you can guess – even the chemical compounds in the coatings of the fabric emit  toxic fumes.

Toxins are even present in the air and air pollution has been shown as a major factor that decreases fertility. Based on two different studies, the closer a woman lives to a highway, the higher the rate of infertility. Even a brief exposure to elevated levels of air pollution increases the likelihood of miscarriage.

Just the act of getting up in the morning and getting ready for work potentially exposes you to over 200 toxins in your own home. It’s shocking!

While this can feel daunting, when you know what’s happening around you, you can make changes that will support the best health outcomes for you and your family. This is why we’re here and work with our clients to ease the overwhelm through the detoxification process.

Even small tweaks can greatly reduce your toxic load. Since we can’t avoid all toxins, the only way we can ensure our toxic burden doesn’t impede normal healthy functions in our body is to support our detox organs and help accelerate our body’s ability to flush out toxins naturally.

What can you do?

Because it’s impossible for any of us to live in a bubble, a commitment to intentionally reducing your toxin exposure and detoxifying your system will be critical not only in your success to supercharge your fertility and conceive naturally, but also to sustain your overall health for the long term.  Many toxins have been linked to chronic diseases like cancer, hypertension, diabetes, high cholesterol, autoimmunes disease, thyroid disease, and more.  The research is astounding.

We personally recommend doing a medical grade detox, like  our Signature Reimagined Health 4 Week Detox Program we do with our clients, every quarter because when you know you’re going to be detoxing, you can relax in your everyday life about your exposure to toxins.

You may have heard the conventional view of detoxification that the body is very good at doing it and you don’t really need to enhance it at any point, except in the case of acute poisoning or organ damage.

However, as Board-Certified medical doctors (and 2/960 IFM Certified Physicians in the world) with advanced functional medicine training, we subscribe to a more functional viewpoint, which is that low-grade toxic exposures promote chronic disease. Your natural detoxification organs can be supported to accelerate their efficacy. The trouble is that nutrient-dense food is hard to come by these days.  The produce available in the grocery stores are not usually grown seasonally and as a result, and more nutrient-poor.  The reality is that it is very difficult to get all the nutrients needed, in the right quantities, to support natural detoxification…hence the need for programs like ours.

We don’t believe in juice cleanses or starvation! We believe in REAL food and nutrition.

Our program guides you on exactly how to get the threshold of vitamins, minerals, and nutrients needed to support your natural detox organs while keeping it tasty and simple. The best part?  There is no calorie restriction!  (We also rev up your metabolism in the process. ) This, in turn, decreases your overall toxic burden and improves the natural efficiency of your body’s ability to detox. We personally engage in our detox at least quarterly…and definitely after the holidays!

Think of it as greasing your wheels regularly to keep things running smoothly.

These are skills that can easily become a way of life.

The organs of detoxification include your liver, gallbladder, kidney, colon, urinary tract, skin, and respiratory system. There are multiple ways that our body eliminates toxins, including through our breath, sweat, urination, and defecation.

Any expert focused on health will remind you to drink water. It really makes a difference!

Make sure you are having at least half your body weight (in pounds) in ounces of filtered water a day. Your body weight will dictate the exact amount that’s right for your body.

We also recommend starting your day with a cup of hot lemon water, maybe with a pinch of cayenne pepper, for a huge punch of vitamin C and to wake up your gut.

We support our clients through a Clean Fertility Reboot Diet that allows them to focus on nutrient-dense foods that support the detoxification process.

Without knowing your specific needs, it’s not possible to give specific recommendations for what areas to tweak. However, there are general rules of thumb when looking at nutrition for detoxification and reducing the toxic burden on our bodies.

What to put in our bodies is just as important as what we keep out of our bodies. So it’s also recommended to stay away from alcohol, caffeine, processed foods, and sugar as much as possible. Reducing your intake of each of these reduces your exposure to chemicals and decreases your toxic load.
Nutrition is a very personal process and it may be much easier to walk through this with a professional.
Keep Things Moving

One of the ways our body detoxes is through the bowels, so make sure you are having 1-2  effortless bowel movements every day. At least once a day will reduce the potential for toxins to get reabsorbed rather than eliminated.

At least 30 grams of fiber per day in your diet will help bind toxins and pull them out of your system.

Pay Attention to Your Environment

Since we’ve already covered how toxins are everywhere, it’s also smart to pay attention to what’s around you and in your home. Clean up your environment as much as possible.

Focus on things like your cleaning materials, the items you’re cooking with, and body care products. An air purifier can also be great to support minimizing your exposure since we can’t control everything in our environment.  Did you know there are certain plants that you can put in your house to naturally detoxify the air? Follow me on IG for more tips like this!

Get Rid of the Noise

Detoxing your mind is just as important as focusing on the rest of your body. Develop a stress management practice and get rid of negative thoughts and negative emotions Embrace the power of optimism.

There is a lot of misinformation out there that gives detoxification a bad name, even within nutrition courses.

As doctors trained in both traditional and functional medicine, we apply the best of both worlds to educate, empower, and improve outcomes for our clients… and certainly not all detoxes are created equal.

If you implement these changes, you should experience more energy, mental clarity, better sleep, and more. Your body is powerful and has the innate ability to heal itself. A commitment to these small changes will put you on the path to boosting your natural fertility and optimizing your health in the process.

If you are interested in giving your body the most support possible, our medical-grade detox walks you through every step of detoxification, including all phases of liver detoxification on a biochemical level.

Again, all the information above is based on our combined decades of experience in the medical field, and we’ve distilled it down for you in this article. We also offer a detox program on a regular basis and we invite you to join us in our next round.

Click here to join our next live detox program!

You can’t talk about fertility without talking a

Did you know… Your gut and brain are very conne 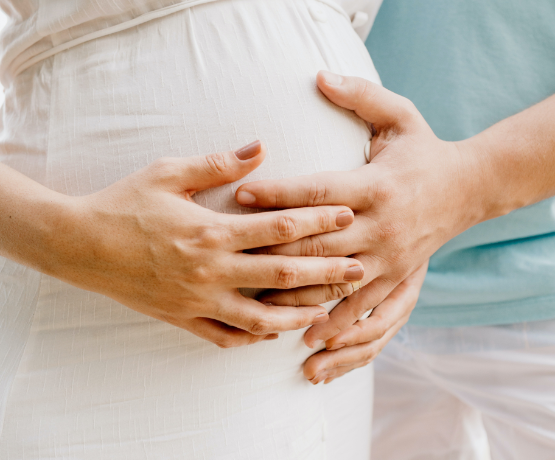 Does your dream of starting a family feel impossible?

There is hope. Our protocols have more than an 80% success rate and are designed to uncover the root cause of your infertility. Take our short quiz to get started.